KIA ORA! A WARM WELCOME TO YOU!

We’re always glad to meet people at one of our weekly get-togethers in Christ’s Commission Fellowship. Your presence is special to us. Our desire is that you experience and know God more at every gathering we have. We hope you have a meaningful and memorable time.

We're here to pray for you and answer any questions you may have. It would be our privilege to assist you in your spiritual journey towards knowing Jesus Christ.

We'd also like to encourage you to join a Discipleship group (Dgroup). We meet in different homes during the week for prayer, encouragement, and understanding God’s word. We have heard many stories of how these small groups have helped people grow in their relationship with God and others.

If you’d like to know more about CCF New Zealand, please contact us. We would love to connect with you. 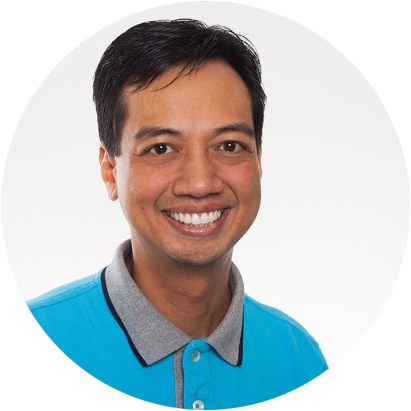 Pastor Ryan started attending CCF in the Philippines in 1989 during his teenage years. It was at this time when he surrendered his life to Jesus Christ, and began having a personal relationship with God.

His constant meditation on God’s word led him to become passionate in helping others know God personally as well.Out of his love for God, he started volunteering at CCF, particularly in the Youth Ministry. He offered his time and effort in organizing various youth camps, sportsfests and special events. Seeing the countless lives being transformed by the gospel, he continued to enthusiastically serve God while balancing his time with his studies in Ateneo de Manila University, and eventually even when he started working in the corporate world.

It was in 2003, after much prayer and counsel, that he clearly heard the call of God to resign from his job, and be a full-time worker at CCF as its youth pastor.

On October 14, 2012, CCF NZ was officially launched in Auckland. It is my desire to fulfil God’s mission and vision of CCF here in New Zealand.


Ryan married Lei and migrated to New Zealand in 2009. He then joined a local church and volunteered to serve in various opportunities that were given to him by the Lord. In God’s perfect will and time, Ryan heard God’s new direction for Him to launch CCF New Zealand as one of the international branches of CCF. So in April 1, 2012, CCF NZ began its first weekly bible study in the home of one if it’s members in North Shore, Auckland.

Ryan and Lei have two daughters. He constantly requests people to pray for him and his family, as he knows his limitations in fulfilling this high calling that was given to him by God.